Entrepreneurship for all: the beautiful story of Madame Tao

Overwhelmed by stories of fundraising, pitches, startups, incubators and the frenzy of hackathons, we often forget that the vast majority of the entrepreneurial phenomenon is in fact fairly mundane and banal. Well banal, in a way. Let’s say that the heroism of some entrepreneurs is far from the kind we hear and read all the time in the media. Nothing illustrates this better than the story of Madame Tao, which seems to have come out of a fairy tale.

Tao Huabi was born poor in China. Poor in China, that is to say really very poor, so much so that she barely learned to read and write. At 20, she got married and moved to another province. After a few years, her husband died suddenly. She found herself alone, in the streets, with two young children. The only thing she knew how to do was cooking. Not the haute cuisine; Rice, vegetables, with some sauce from her province. Luckily, she was right next to a large school. She could make rice bowls for students at noon to survive. And survive she did. She offered low prices, did not hesitate to give free bowls and quickly became very popular among local students who affectionately called her Gan Ma (godmother).

With a little money, she could open a restaurant. ‘Restaurant’ meaning here a few tables on a parking corner. She served only a noodle dish, which she seasoned with her spicy sauce, made from an old recipe from her province. Big success. But one day she ran out of sauce. Her customers refused to eat her noodles. She realized that it was her sauce they really wanted. Moreover, more and more customers were asking her to put some sauce in a small bowl to use it at home. 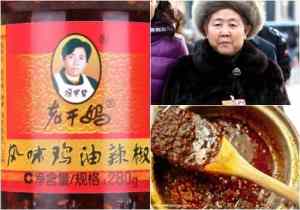 Madame Tao – Entrepreneurship for all

She was surprised that some customers came to her place only to buy the sauce, so she decided to sell it separately. She gave some for free to truck drivers who came to eat at her place, who then talked about it all over.

Madame Tao eventually closed her restaurant and opened a factory to produce her sauce, which she called Lao Gan Ma (old godmother). Today, after many twists and turns, her factory produces for the whole world, and generates $190 million of turnover. She is a star in China, and should be everywhere else. I have a pot of Lao Gan Ma in my cupboard and it’s delicious.

This story illustrates the five principles of effectuation, the logic of entrepreneurs:

This story shows how entrepreneurship can be a great tool for liberation and emancipation, especially for the poor and needy, for those who are abandoned by the system. Unable to read or write, Madame Tao had no chance of finding a job in a company.

But the lesson goes beyond: I often use the example of Madame Tao with managers confronted with the difficulty of transforming their organization and who explain to me that “at their level they cannot do anything”. If Madame Tao, who started in the worst possible conditions, could do as much, what about a manager who has huge tangible and symbolic resources? Of course the situations are different, but still. To quote a beautiful quote from the philosophical tale that is… the Ratatouille movie, “Not everyone can become a great artist, but great artists can arise from anywhere.” This formula can be applied to entrepreneurship, but also to leadership.

Perhaps the example of Madame Tao, and that of so many other brave individuals, can help us get out of this learned helplessness that strangles organizations today. Madame Tao, in essence, tells us, “It’s not about the others; it’s about you,” and she gently sends the ball to our court and tells us, “It’s your turn to play.”

To know more about effectuation, read my article here.