The Conflict of Mental Models: The Key to Organizational Transformation

Consider this conflict through the typical case of a family firm in the pharmaceutical sector. It is doing well and has grown a lot in recent years. But its management is aware of the profound changes in its competitive environment. However, the company has a strong culture of consensus. Decisions therefore take a long time to be taken, which leads to strong frustration among managers and, above all, concern about changes in the environment. According to the CEO, “We must be more agile in our decision-making; Without a change in decision-making methods, the company risks losing ground.” Yet despite this injunction, after a few months nothing has really changed, even though many employees are aware of the need to move faster. Why? For a simple reason: the imperative of agility, which in this example implies a simplification of decision-making procedures, calls into question the prevailing mental model of consensus. In other words, there is a conflict between the “agility” mental model (intention) and the “consensus” mental model (actual). 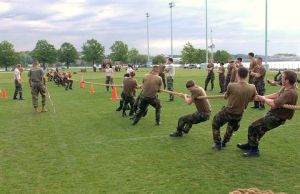 Who will win? most likely consensus. Why? Certainly not because employees are “resistant to change” or because we communicate poorly or even because “that’s the way we’ve always done it”. Consensus will win because it is seen by employees as one of the reasons for the organization’s success so far. The company is active in a highly regulated field, the pharmaceutical industry, and it knows that the slightest mistake can turn into a health disaster, endangering human lives.

Not surprisingly, the contribution to human health is high on the company’s list of values. Unknowingly, the “agility” model therefore attacks a very deep “consensus = security” model and touches on the existential dimension of the organization, on which it was built since its foundation many years ago; not surprisingly, this attack triggers a very strong immune response. This reaction is all the stronger as the mental model under attack is deep, i.e. it is considered as an evidence, or a universal truth. The imperative of agility therefore remains at the level of incantatory discourse, and frustration rises at the level of top management, which is not aware of the conflict and therefore of the fact that it sends a paradoxical injunction, which can be summarized as follows: “decide in a simpler and faster way but without calling into question the consensus that has made us strong”. However, employees perceive that deciding in a simpler and faster way is precisely challenging the consensus that has made the organization strong.

The failure in transformation programs therefore very often comes from the fact that the stated objectives, such as becoming more agile or more innovative, do not take into account the fact that they attack deeply rooted mental models that have sometimes demonstrated their value for years, and that are seen, often without the collaborators even being aware of it, as the reasons for the success of the organization until then.

In some cases, the legacy mental model suddenly collapses and the conflict does not really exist. This was the case with IBM in 1991: its mainframe business, which had been its strength since the 1950s, quickly became obsolete and the company almost went bankrupt in the early 1990s. It was able to make a rapid transition to a new model (the Internet business) precisely because it was not blocked by its old model. On the other hand, Kodak’s argentic film business remained successful for a long time, which gave the company’s management a false hope of a slow transition to digital, hampering their efforts at transformation.

There is no easy solution to the conflict. At the very least, it must be recognized and made explicit. The most important thing is therefore to identify the strategic intention (e.g. speed, simplification, innovation) of management, as well as the conflict that may prevent this intention from being translated into reality. As the conflict is identified, and the reason why it exists (e.g consensus) is recognized as legitimate, then we can work on its resolution. For example, how can we move faster without sacrificing the participation that we recognize as important? Does everyone have to always be involved in all decision-making? Can we have decisions that are less participatory than others? Can we identify some situations were consensus will not apply? Or apply in different ways?

It is also important to explore the notion of consensus by discussing the term: what do you mean by consensus? Most likely the definitions will vary greatly from one employee to another, from “The young intern Smith must be there, he is a good element” to “Someone from manufacturing must be present upstream to ensure that our packaging is safe”. This variation in the notion can open up new possibilities while respecting the culture of consensus as it is perceived. Among other examples, we can distinguish between participation and consensus. If the idea of consensus is to reduce risk, we can develop an alert capacity, and we can also find that consensus is not necessarily the word used by all employees to describe the organization’s culture.

Here again, this calls for a deliberate exploration of individual (employees) and collective (teams, departments, organization) mental models at work because they constitute entry points into the organization. Once these have been identified, conflicts can be managed. Here again, their resolution is not easy, but the mere fact of bringing them to light (surfacing) and accustoming the organization to speak openly about its models will make it easier to evolve, otherwise the organization will remain stuck in paradoxical injunctions and collaborators will be accused of resistance to change.

More about mental models: How Mental Models Prevent Organizational Change: The Tragedy of the Greenland Settlers; See also: Collective myths and the challenge of organizational transformation.

One response to “The Conflict of Mental Models: The Key to Organizational Transformation”